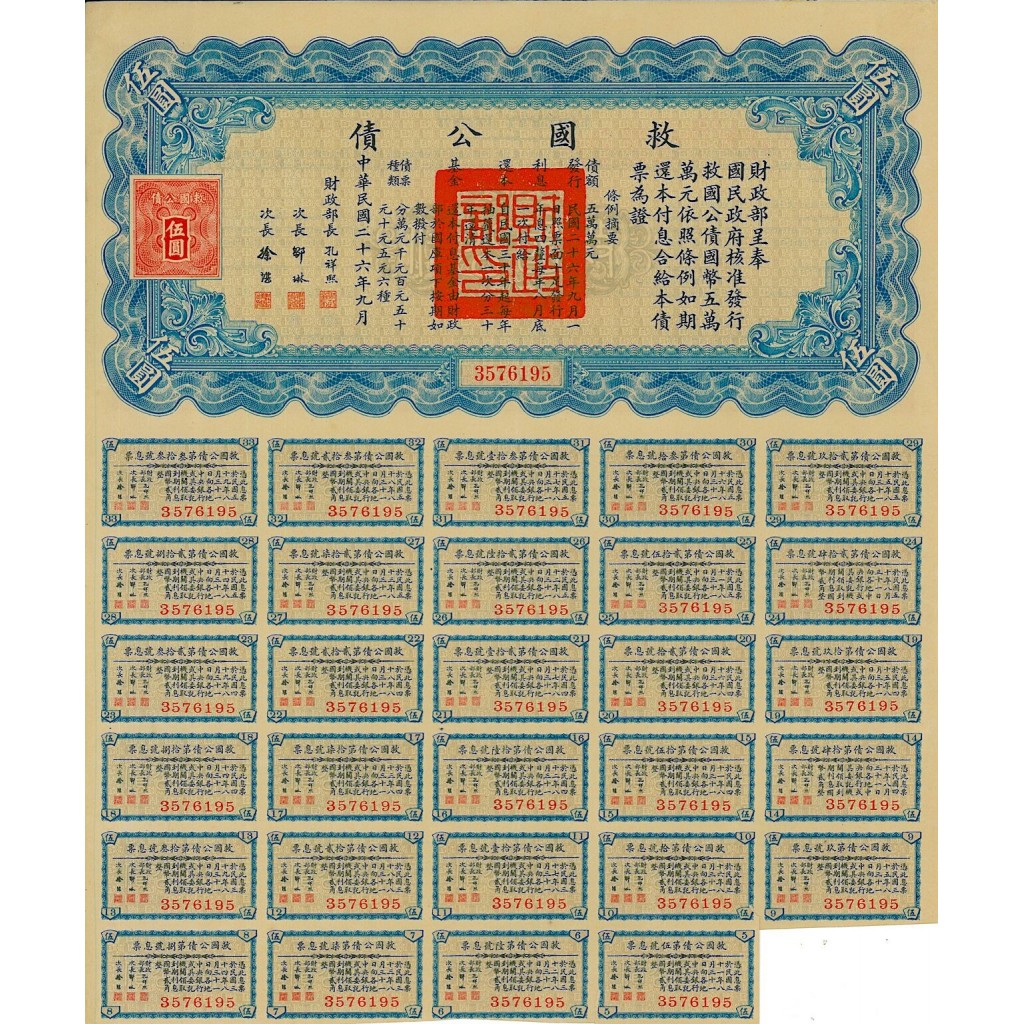 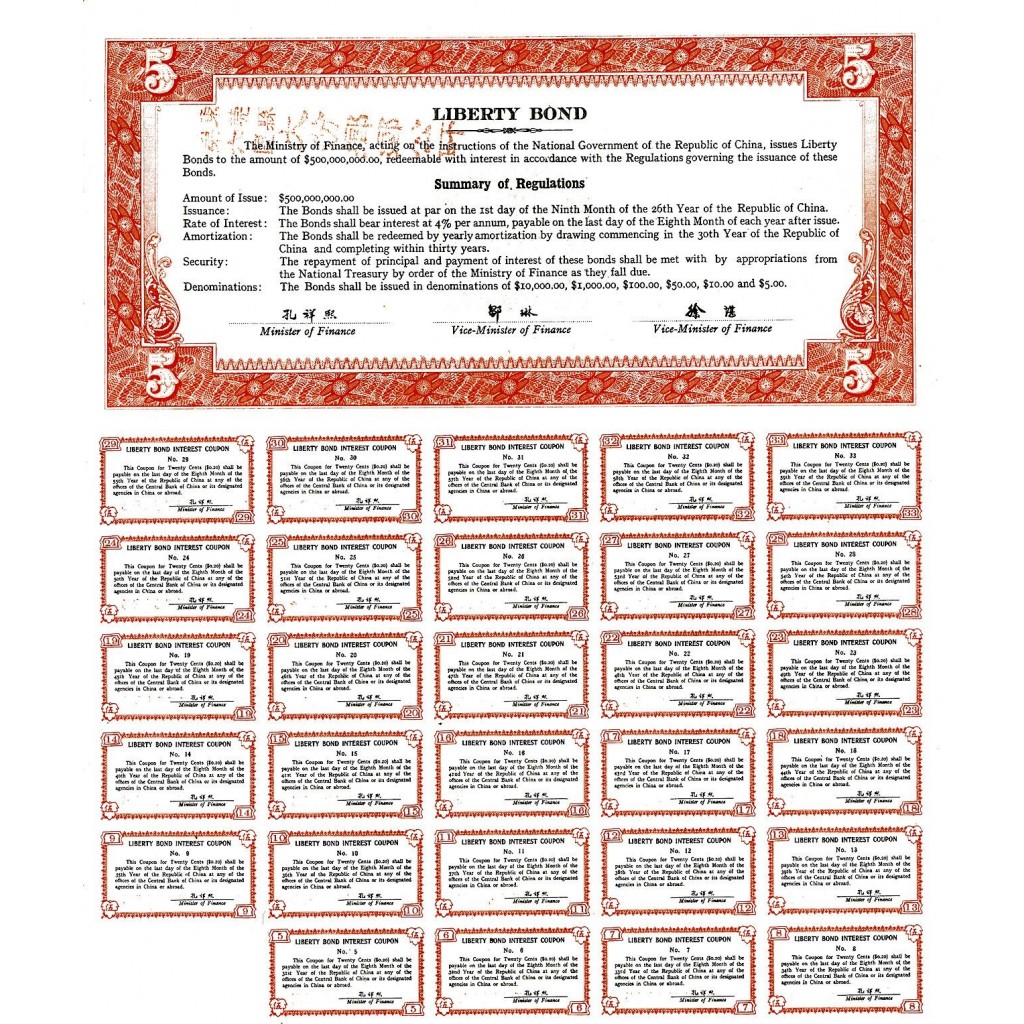 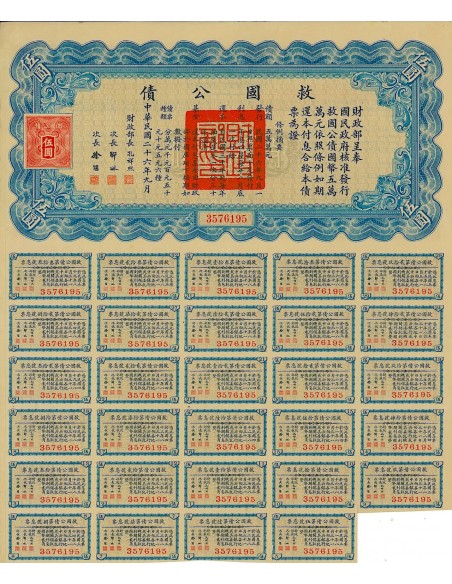 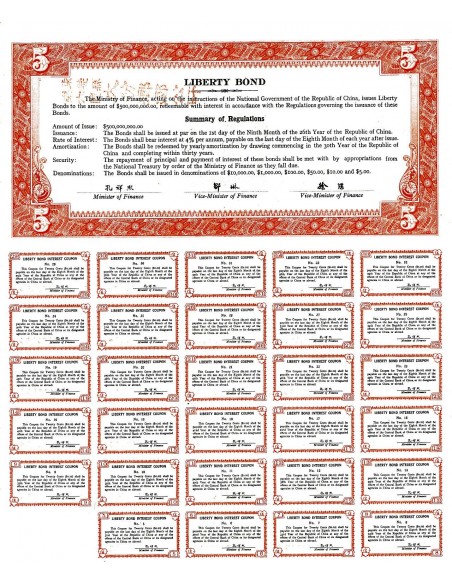 Issued in Sep 1937 during WWII. by the National Government of the Republic of China.

The Republic of China or the Chinese Republic was the political entity that was formed in China at the fall of China's last emperor, Pu Yi in 1912 following the success of the Xinhai Revolution.

The flag of the Republic of China until 1928, used by the Beiyang government of warlords

Following a series of events in the period between 1912 and  the territory under the control of the Republic of China was reduced to the island of Taiwan, while mainland China came under the control of the newly formed People's Republic of China. This real revolution in the sixties was followed by a second one, passed into history as the great Chinese cultural revolution.

The People's Republic of China was founded by Mao Zedong on 1 October 1949 and the first activity of the new political system, established with the revolutionary victory, was to bring peripheral territories such as Tibet and Xinjiang (1951) under the sovereignty of China.

A bond is a document of title for a loan. Bonds are issued, not only by businesses, but also by national, state or city governments, or other public bodies, or sometimes by individuals. Bonds are a loan to the company or other bodies. They are normally repayable within a stated period of time. Bonds earn interest at a fixed rate, which must usually be paid by the undertaking regardless of its financial results. A bondholder is a creditor of the undertaking.