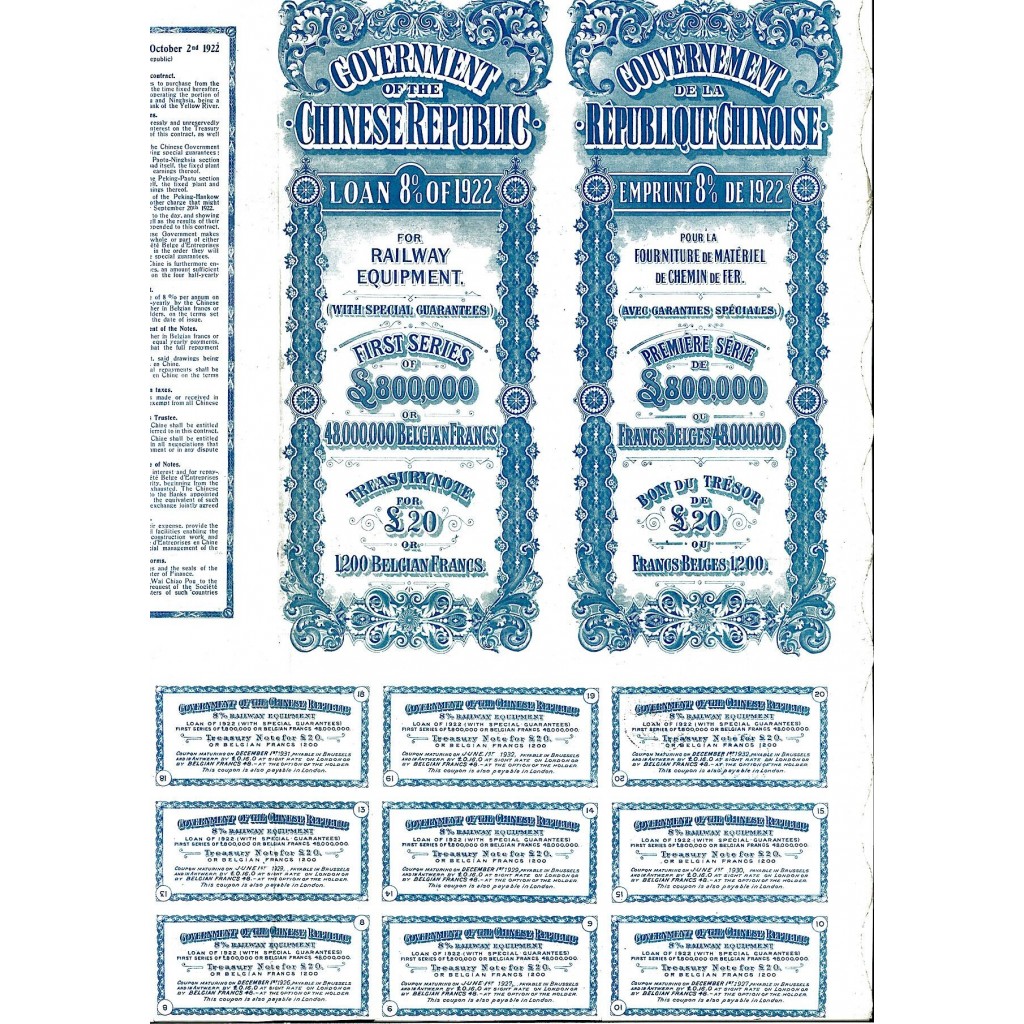 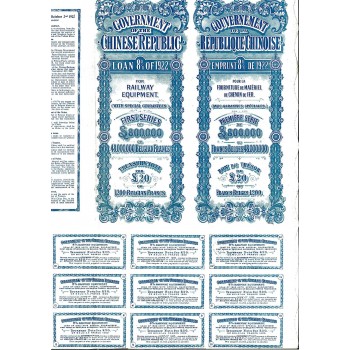 The Railway Equipment Loan of 1922 was for the capital sum of £800,000 and was created by virtue of an agreement dated 2nd October 1922, between the Government of the Chinese Republic and the Societe Belge en Chine. The capital amount was part of a total contracted sum of £3,350,000 but it appears that the total amount of the loan was never fully subscribed.

The financial institutions involved in this loan were Societe Belge en Chine and the Banque Belge pour l’Etranger in Brussels and the British Overseas Bank in London. Bearer bonds were issued in the form of Treasury Notes and offered at BF1,187.50 for each BF1,200 bond. The denomination of the bonds issued were £20 or equivalent to BF1,200 as shown in the table above.

The purpose of the loan was for the purchase and supply of materials to build the Paotow-Ninghsia extension of the Peiping-Suiyuan Railway. The loan was secured on a first mortgage upon the projected railway from Paotow to Ninghsia; a second mortgage on the line from Peking to Paotow; and on surplus receipts from the Peking-Hankow Railway.

The loan was guaranteed by the Chinese Government. Coupons were payable at the Banque Belge pour l'Etranger in Brussels and at the British Overseas Bank in London on 1st June and 1st December each year. The loan has been in default since 1926.