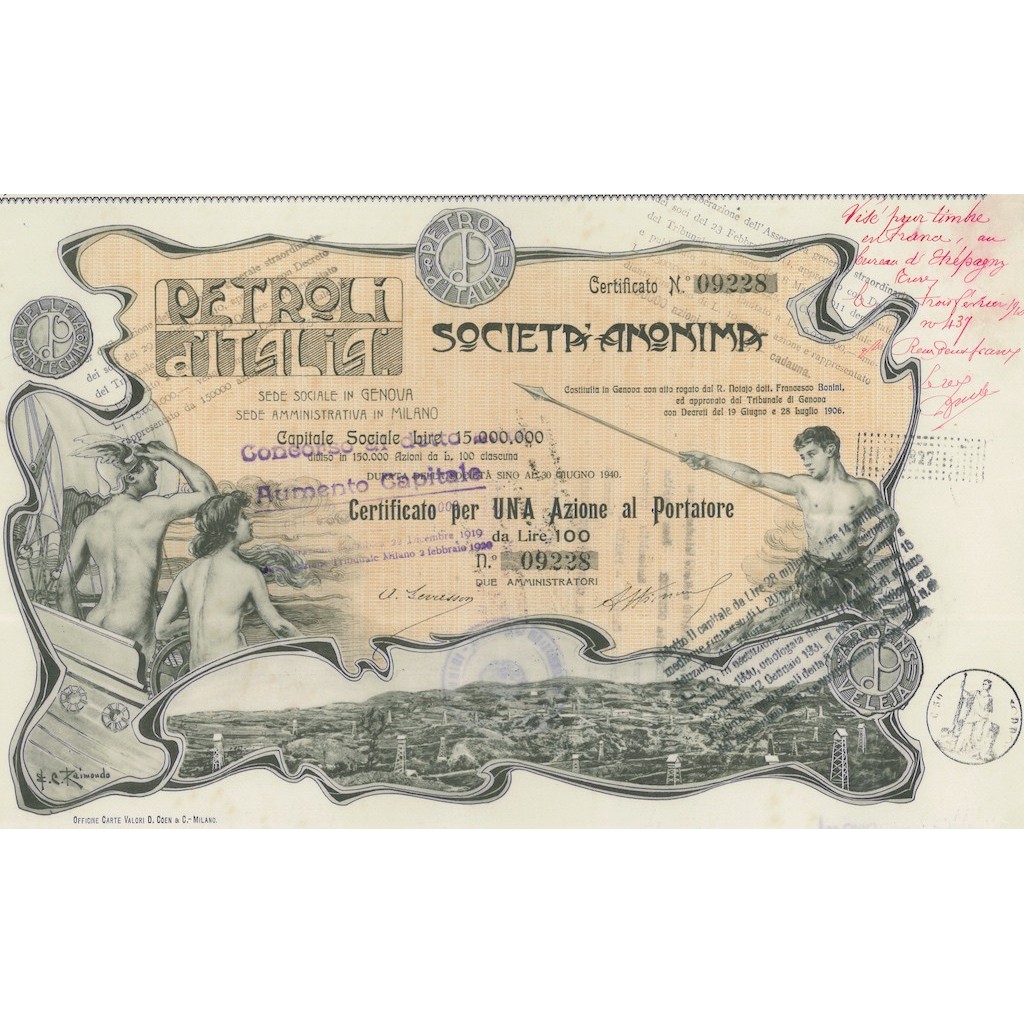 The company, whose constitution was promoted by Banco Ricchini of Genoa, arose in 1906 for the extraction of refining and oil trade, from the merger of two French companies: the Société Francaise des and the Société de Montechino. At the constitution, I purchase all the refineries in the Fiorenzuola d'Arda area, in the province of Piacenza. At the beginning of the 40s the company - in an attempt to widen its range of action - participated in the establishment of Metangas, to which some permits had been granted for the search for methane in the Polesine. During the Second World War, the plants suffered heavy damage, which led to a program of replacing the destroyed equipment and their modernization some years later. At the same time, the streamlining and improvement of the company's entire commercial activity was decided. During the 1950s, despite the commitment of the top management, the results were not particularly brilliant, until reaching 1958 when the company was admitted to the procedure of the arrangement with creditors.