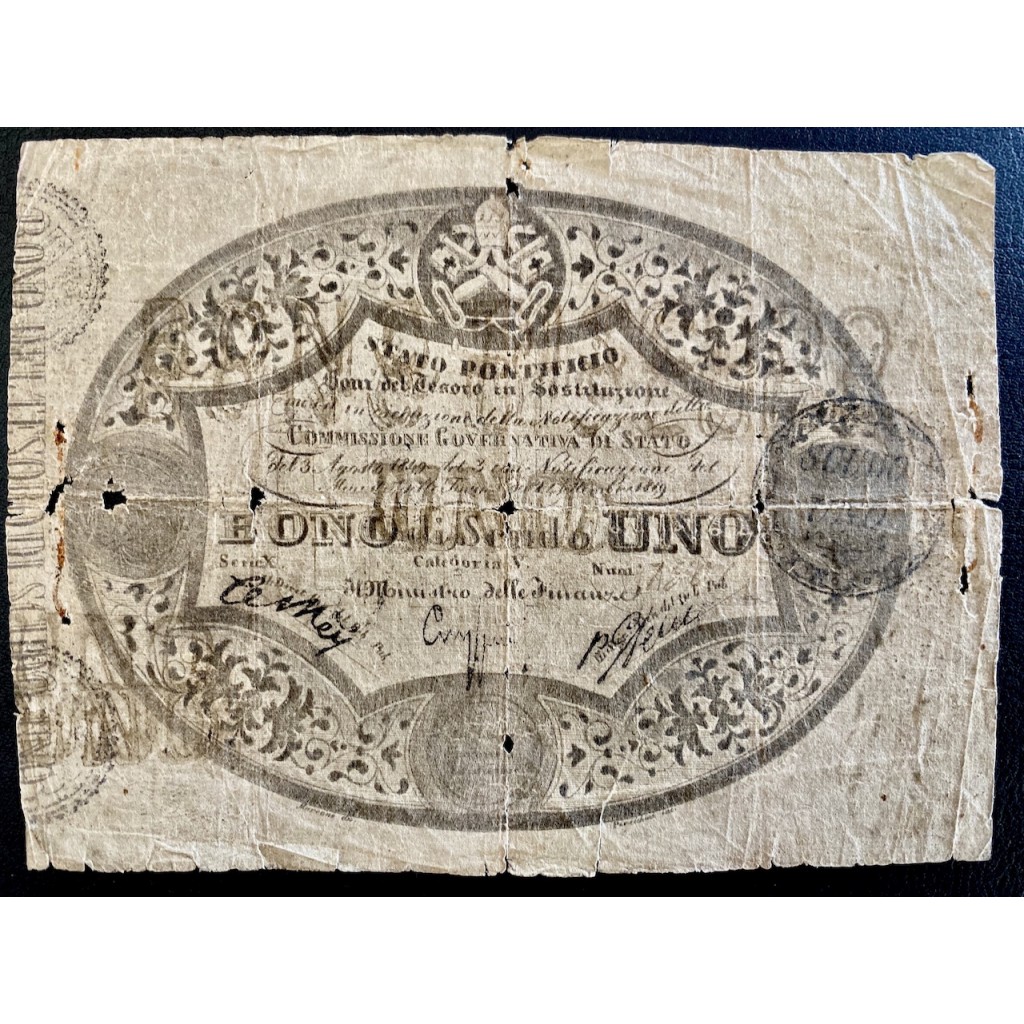 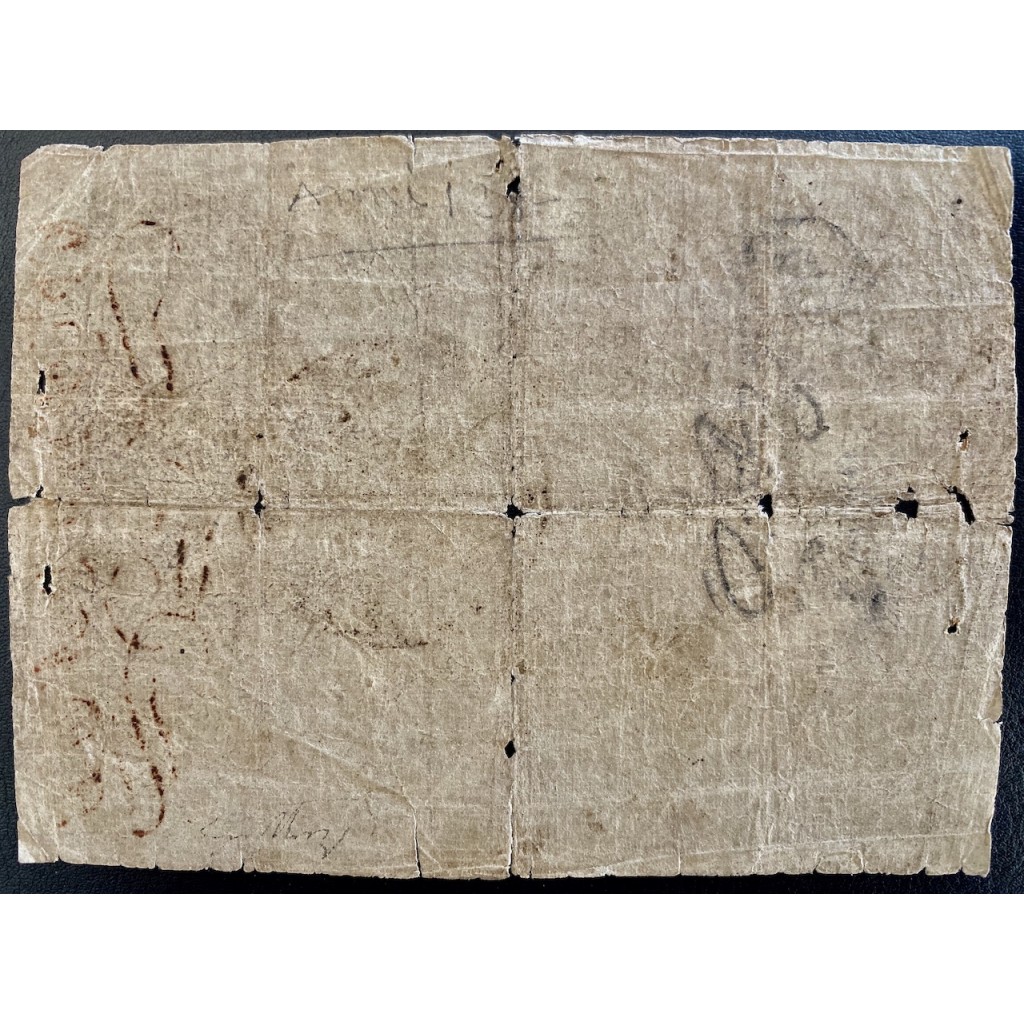 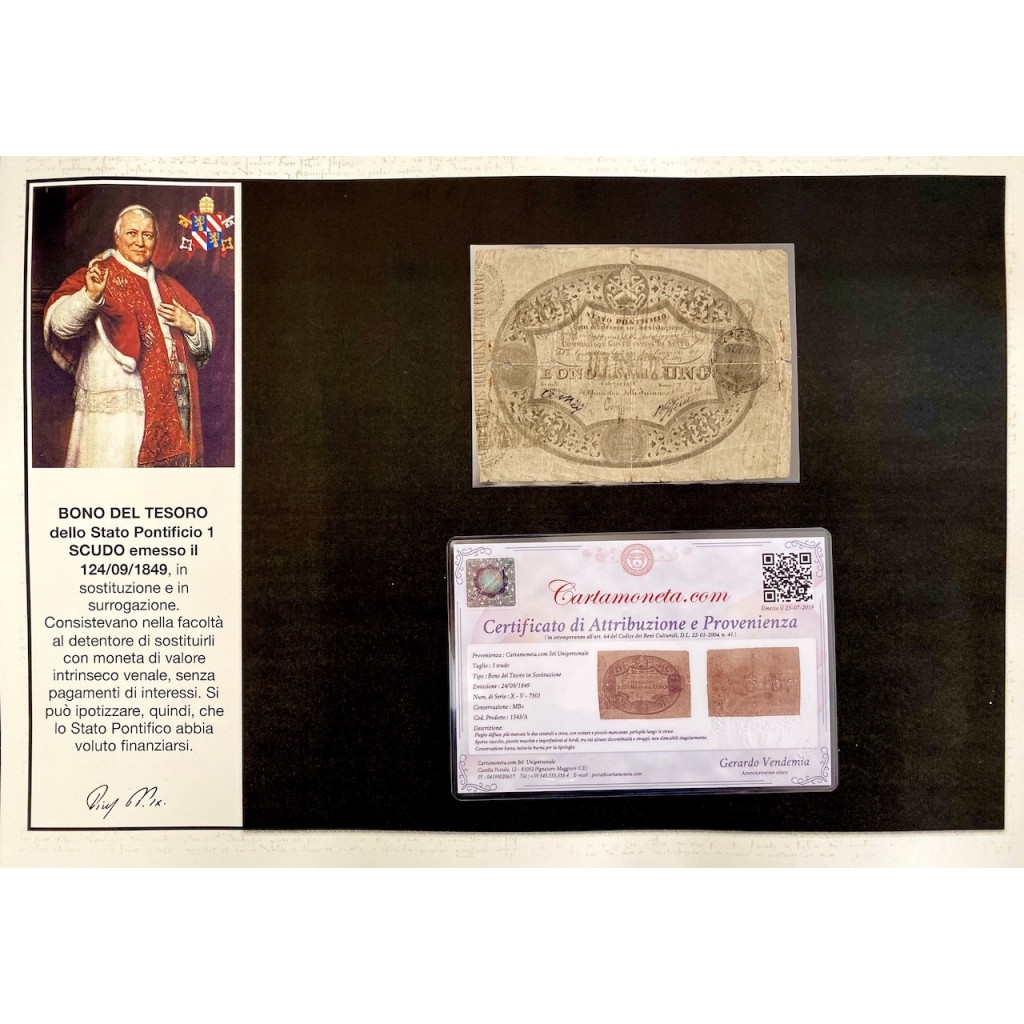 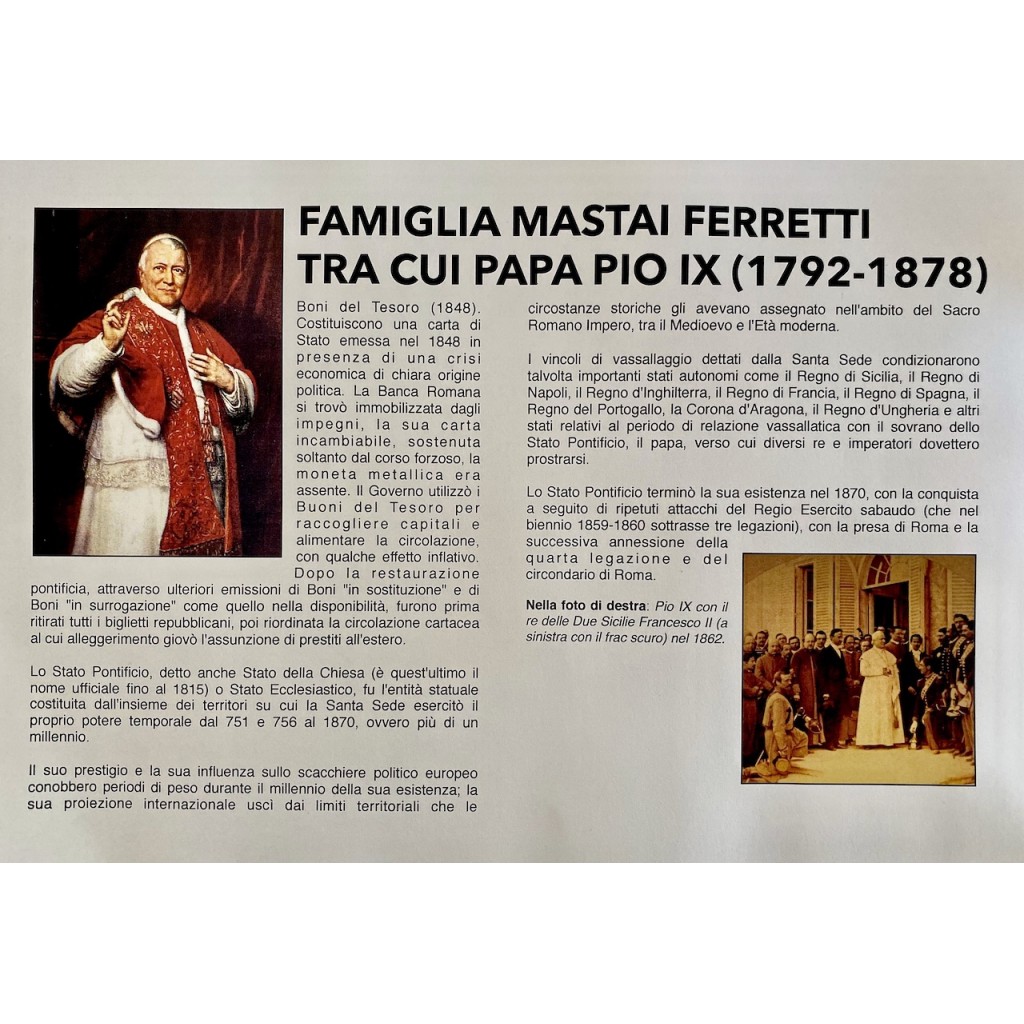 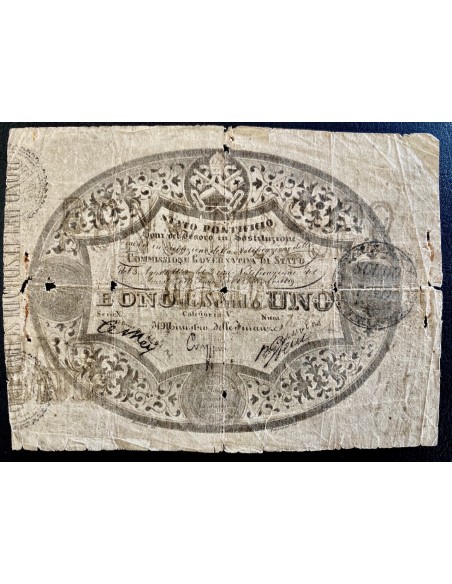 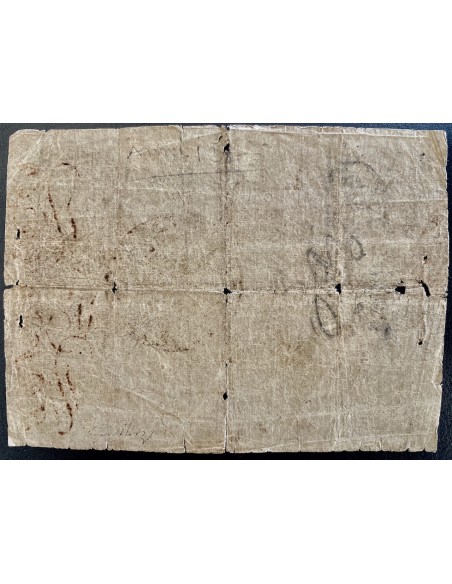 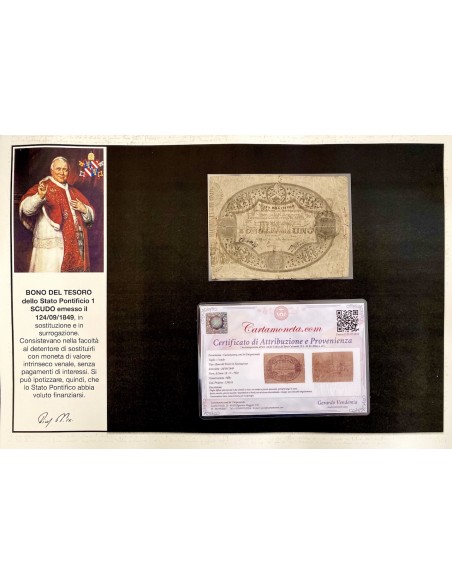 They consisted of the right for the holder to replace them with money of intrinsic value without a payment of interest. It can therefore be hypothesized that the Pontifical State wanted to finance itself. Widespread folds, the two central ones are more marked, with cracks and small faults, mostly along the same ones. Dirt collected, small spots and imperfections at the edges, including some discontinuities and tears, not listed individually. Good conservation due to the rarity of the banknote.

Boni del Tesoro (1848). They constitute a state card issued in 1848 in the presence of an economic crisis of clear political origin. The Roman Bank found itself immobilized by its commitments, its exchangeable card, supported only by the forced course, the metallic coin was absent. The Government used Treasury bills to raise capital and fuel circulation, with some inflationary effects. After the papal restoration, through further issues of Boni "in substitution" and of Boni "in subrogation" such as the one in availability, all the republican tickets were first withdrawn, then the paper circulation was reorganized, to whose relief it benefited the taking of loans to the abroad.

The Papal State, also called the State of the Church (the latter is the official name until 1815) or Ecclesiastical State, was the state entity constituted by the set of territories on which the Holy See exercised its temporal power from 751 and 756 to 1870, or more than a millennium.

Its prestige and its influence on the European political chessboard experienced periods of weight during the millennium of its existence; his international projection came from the territorial limits that historical circumstances had assigned him in the context of the Holy Roman Empire, between the Middle Ages and the Modern Age.

The Papal State ended its existence in 1870, with the conquest following repeated attacks by the Royal Savoy Army (which in three years 1859-1860 subtracted three legations), with the capture of Rome and the subsequent annexation of the fourth legation and the district of Rome.