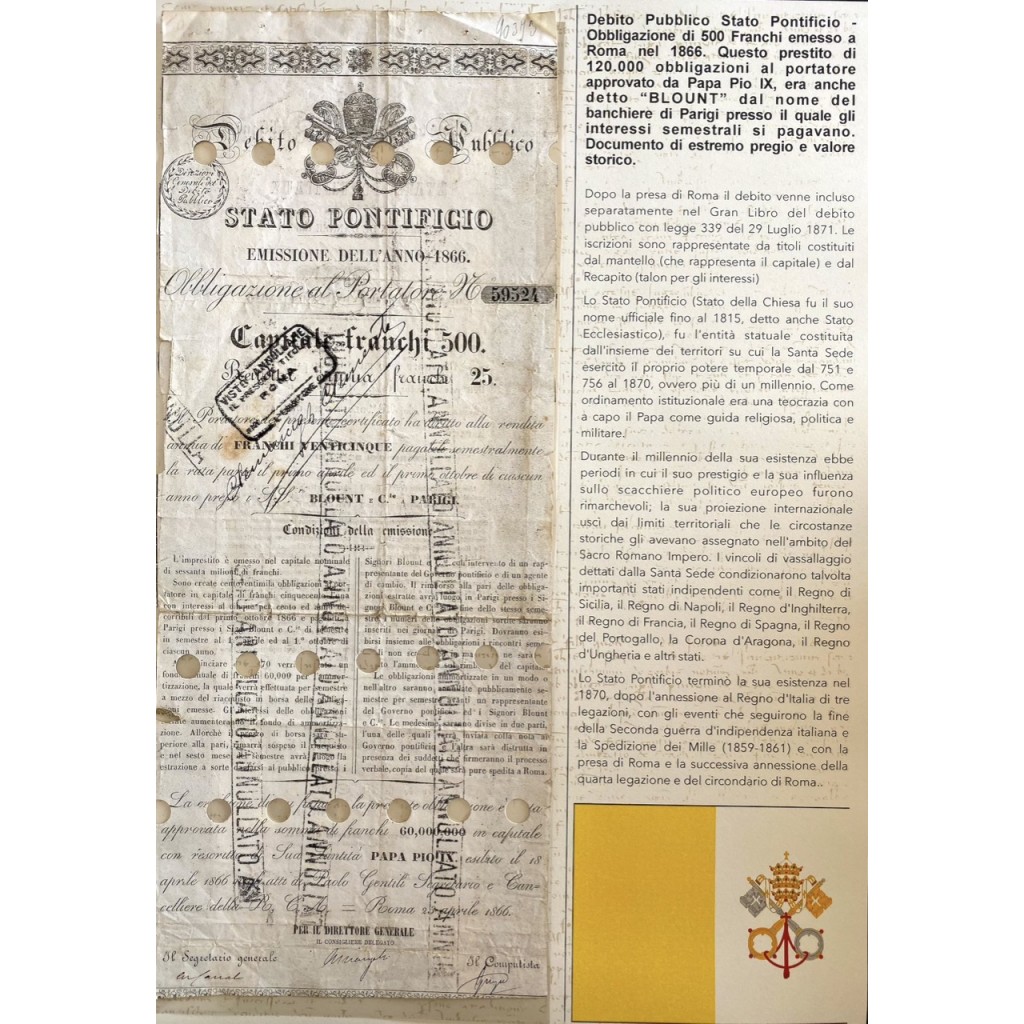 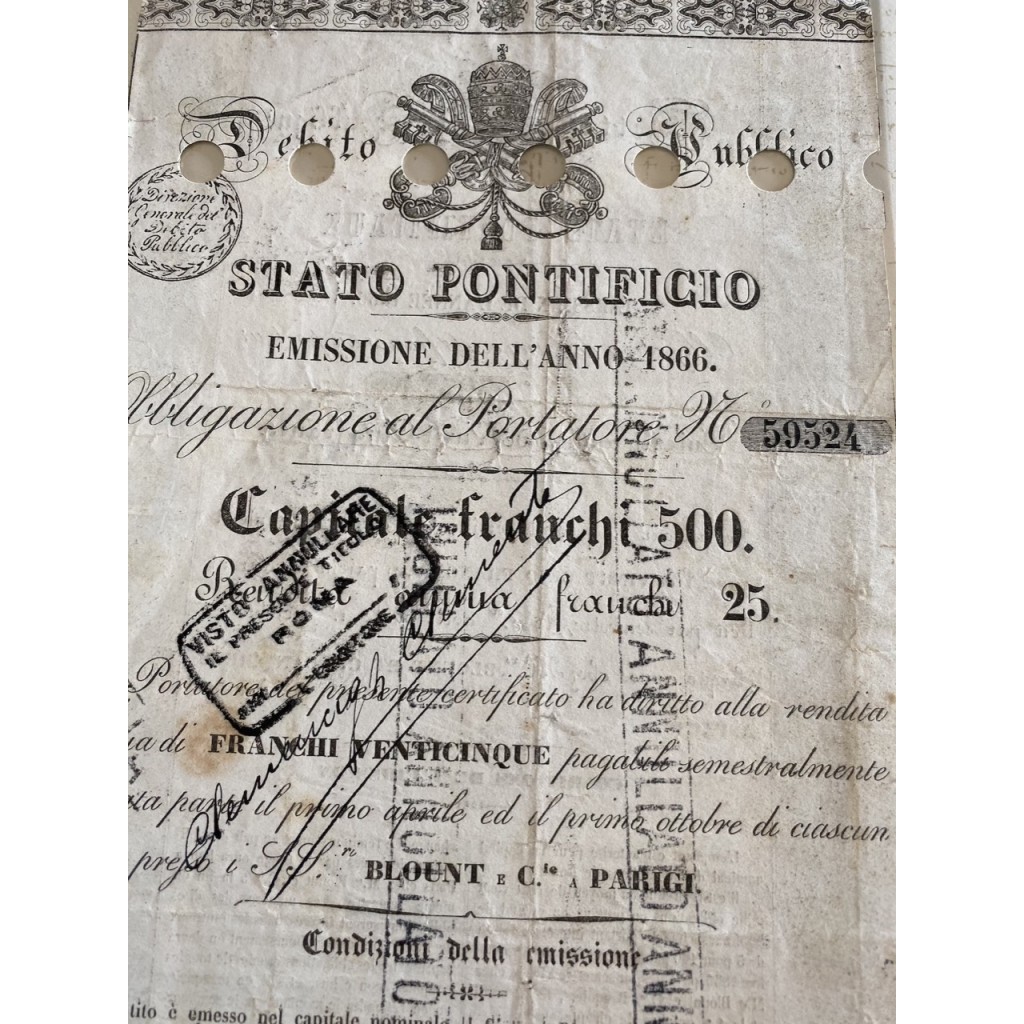 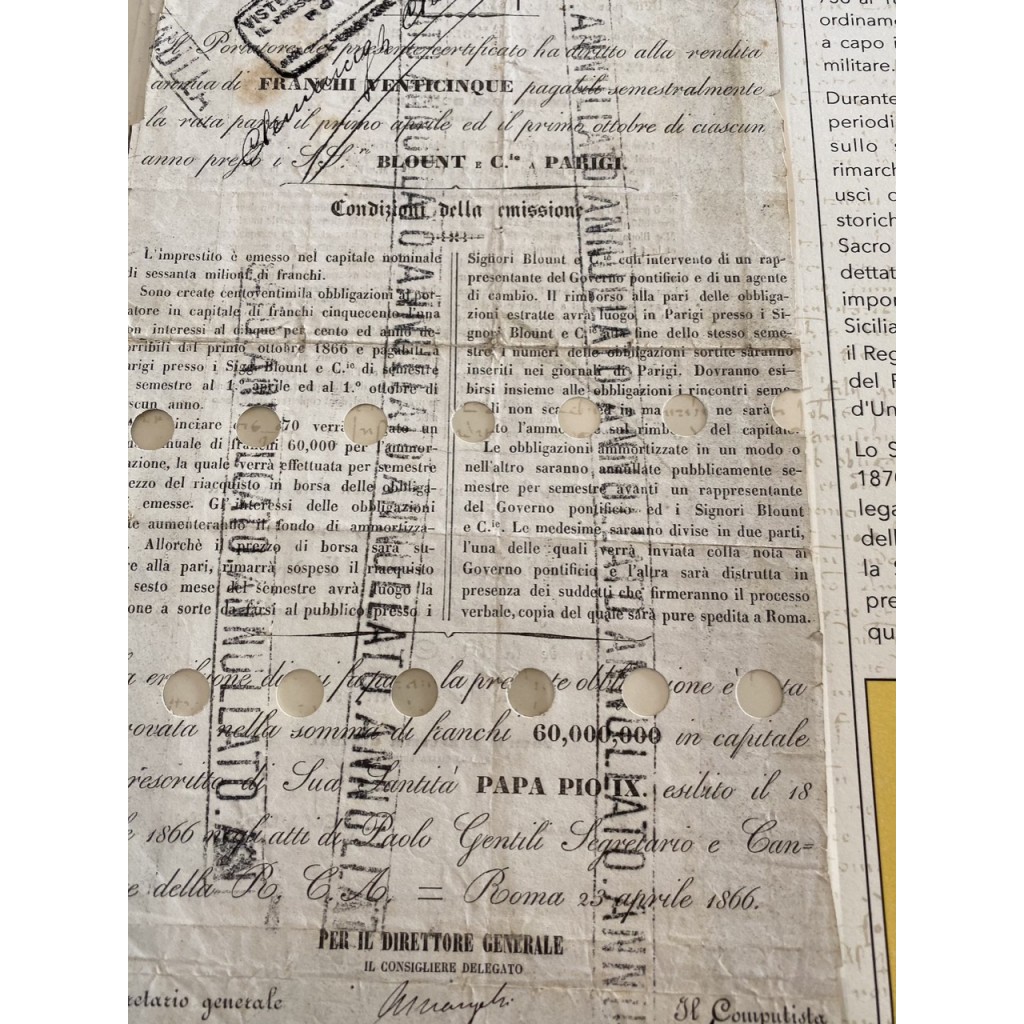 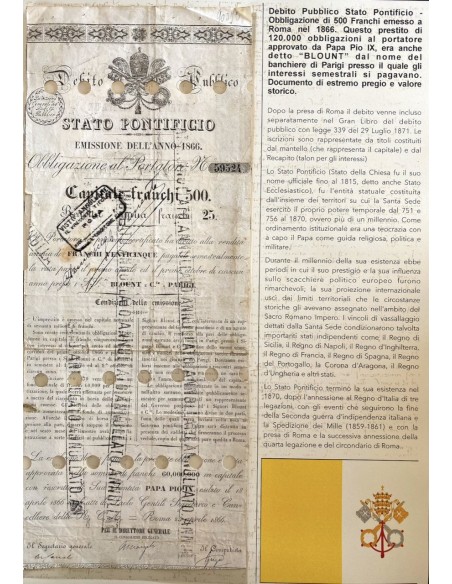 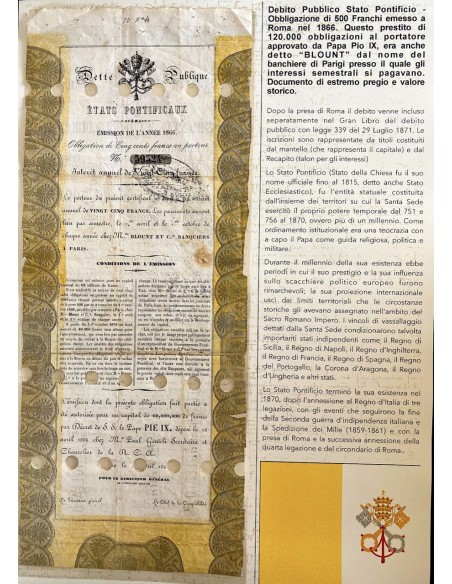 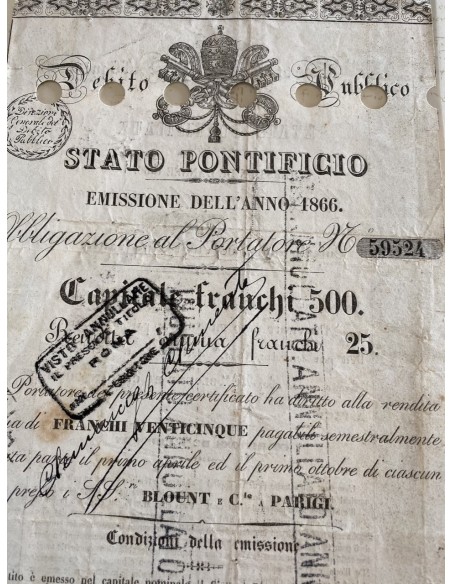 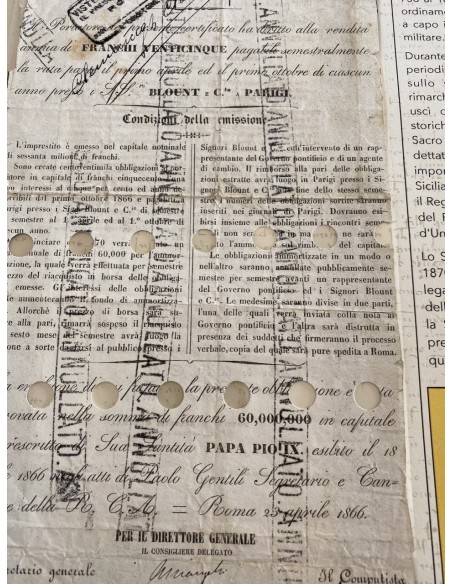 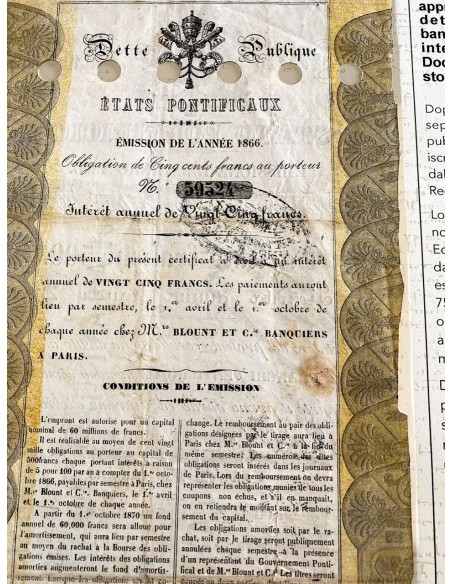 Papal State Public Debt - 125 francs bond issued in Rome in 1866. This loan of 120,000 bearer bonds approved by Pope Pius IX, was also called "BLOUNT" from the name of the Paris banker where the half-yearly interest was paid. Extremely valuable document and historical value.

After the capture of Rome the debt was included separately in the Great Book of Public Debt with Law 339 of 29 July 1871. The inscriptions are represented by titles consisting of the mantle (which represents the capital) and the Address (talon for the interests)

The Papal State (State of the Church was its official name until 1815, also called the Ecclesiastical State), was the state entity constituted by the set of territories on which the Holy See exercised its temporal power from 751 and 756 to 1870, or more than a millennium. As an institutional order it was a theocracy headed by the Pope as a religious, political and military leader.

During the millennium of its existence it had periods in which its prestige and its influence on the European political chessboard were remarkable; his international projection came from the territorial limits that historical circumstances had assigned him in the context of the Holy Roman Empire. The constraints of vassalage dictated by the Holy See sometimes conditioned important independent states such as the Kingdom of Sicily, the Kingdom of Naples, the Kingdom of England, the Kingdom of France, the Kingdom of Spain, the Kingdom of Portugal, the Crown of Aragon , the Kingdom of Hungary and other states.

The Papal State ended its existence in 1870, after the annexation to the Kingdom of Italy of three legations, with the events that followed the end of the Second Italian War of Independence and the Expedition of the Thousand (1859-1861) and with the taking of Rome and the subsequent annexation of the fourth legation and the district of Rome.